Look past New York's shiny bits and you'll find endless stretches of decay. It's a part of its generations-long life cycle.

I used to take long walks around New York City. It’s how I began shooting photos. I’d walk for hours. Click click click. It was a wonderful way to learn the city. I was reminded recently of the following story I did back in 2012. I was living in Queens at the time and my walk from my house where the story begins to the Gowanus Canal in Brooklyn where we end lasted a couple hours. Enjoy.

Shiny, after all, is nice, something to feel good about. But our shiny spaces—gleaming buildings, coveted restaurants, gentrified neighborhoods—are also a facade. They’re a form of urban wallpaper that covers the cracks, rust and mold that cities, like New York, are built upon.

This decay, often beautiful and inspiring, holds our history and whispers stories of success and failure brought on by growth. Interpret these objects correctly and we can see what once was, and what our urban architects abandoned as they turned their attention elsewhere.

Take Queens, home to 2.2 million people. It’s one of the most ethnically diverse place in the world, with 48 percent of its residents foreign born. If Queens were an independent city, it would be the country’s fourth largest, coming in just after Brooklyn, which has 2.5 million people.

These areas are easy to explore. Say, for example, the east end of Newtown Creek, a 3.5-mile waterway snaking between Queens and Brooklyn.

Newtown’s plight is no secret. With little to no current, the water is a stagnant mix of pesticides, PCBs, metals and raw sewage. The creek bed has been described as a fifteen-foot, toxic mix of “black mayonnaise.” And there’s a whole lot of oil: an estimated 30 million spilled gallons from the more than fifty oil refineries that dotted the banks during the 19th century. In 2010, the Environmental Protection Agency declared the whole area a Superfund site.

But with all the focus on contaminated water, the surrounding area is often overlooked. Head east along the creek into Queens—it runs parallel to the Long Island Expressway—and there are long blocks of single-story buildings: some shuttered, some slightly active warehouses, and an occasional waste management plant here and there.

You see very few people but you do see oddities: a family of geese walking down an empty street, or a vast open lot of truckers sleeping in their rigs during the day so they can make deliveries by night. And, if you’ve ever wondered where the cranes that build the city’s skyline are kept when not in use, you’ll find a field of them out here.

There’s beauty to all the rust and decay of a mostly forgotten place, one that’s criss-crossed with bygone train tracks, underutilized bridges and corroded signs of what once was.

I’ve never been to a ghost town, but this is a ghostly place—a reminder of economic aspiration and industrial connection within the city and all points east.

Farther south, in Brooklyn, there’s the Gowanus Canal, also no stranger to controversy, attention or criticism. Nestled between Park Slope and Carroll Gardens, it’s slightly schizophrenic here. It, too, is an EPA Superfund site. Originally created in 1869 as a transportation and manufacturing center, the city—and developers—recently thought to turn it into the next shiny residential neighborhood.

A New York Times article from July 2011 captures the area well, calling it a “fetid stew of dangerous chemicals and toxins, an embodiment of the worst excesses of the industrial age.”

The article goes on: “This is hardly the kind of image one would expect to draw homeowners to the neighborhood. But developers came, envisioning Brooklyn’s next big thing. Nothing, it seemed, could slow the rush, not even the sputtering housing market.”

Superfund sites and residential development have a toxicity of their own, though, and the money-people fled to the next new space, leaving behind the sludge but also a community of people who live and work around the dilapidation.

Walk the surrounding blocks and you experience a place that appears gripped in a tug of war between past and future. Many of the developers have fled, but people continue to move in—a natural progression of artists and shop workers looking for larger, affordable space.

Head down Hoyt Street and you come to a gravel yard that sits on the banks of the canal. It, too, is a sign of things that once were and things that could have, would have, been. Activity is slow here; large tractors built to dig and dump and break things stand largely idle.

But look at them, and look at the space and place we’re in. There’s an abandoned beauty to this mess. In a field of rust, within this city of shine, you begin to sense what once was and, maybe, what will be. 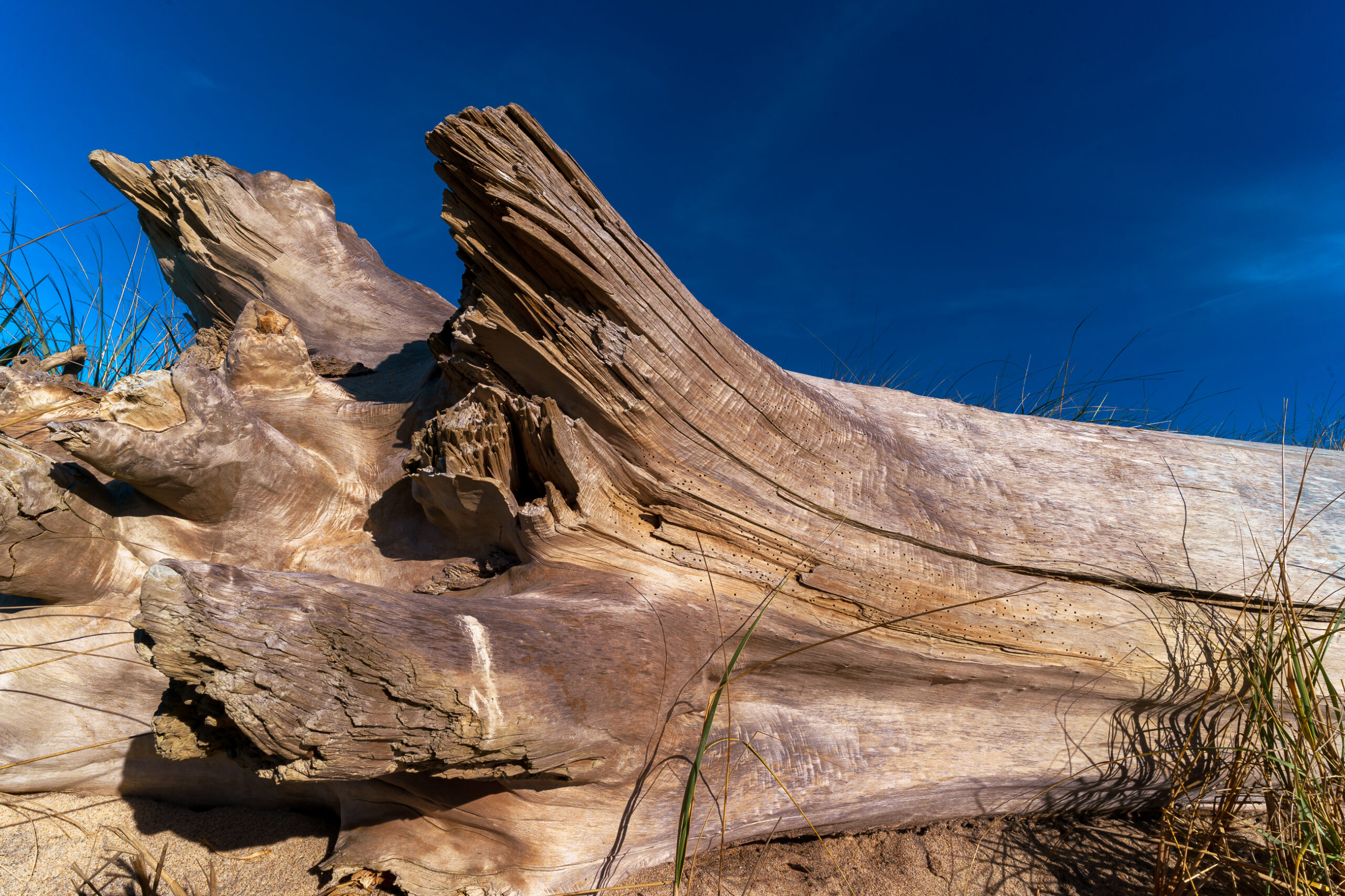 Driftwood and a Lighthouse 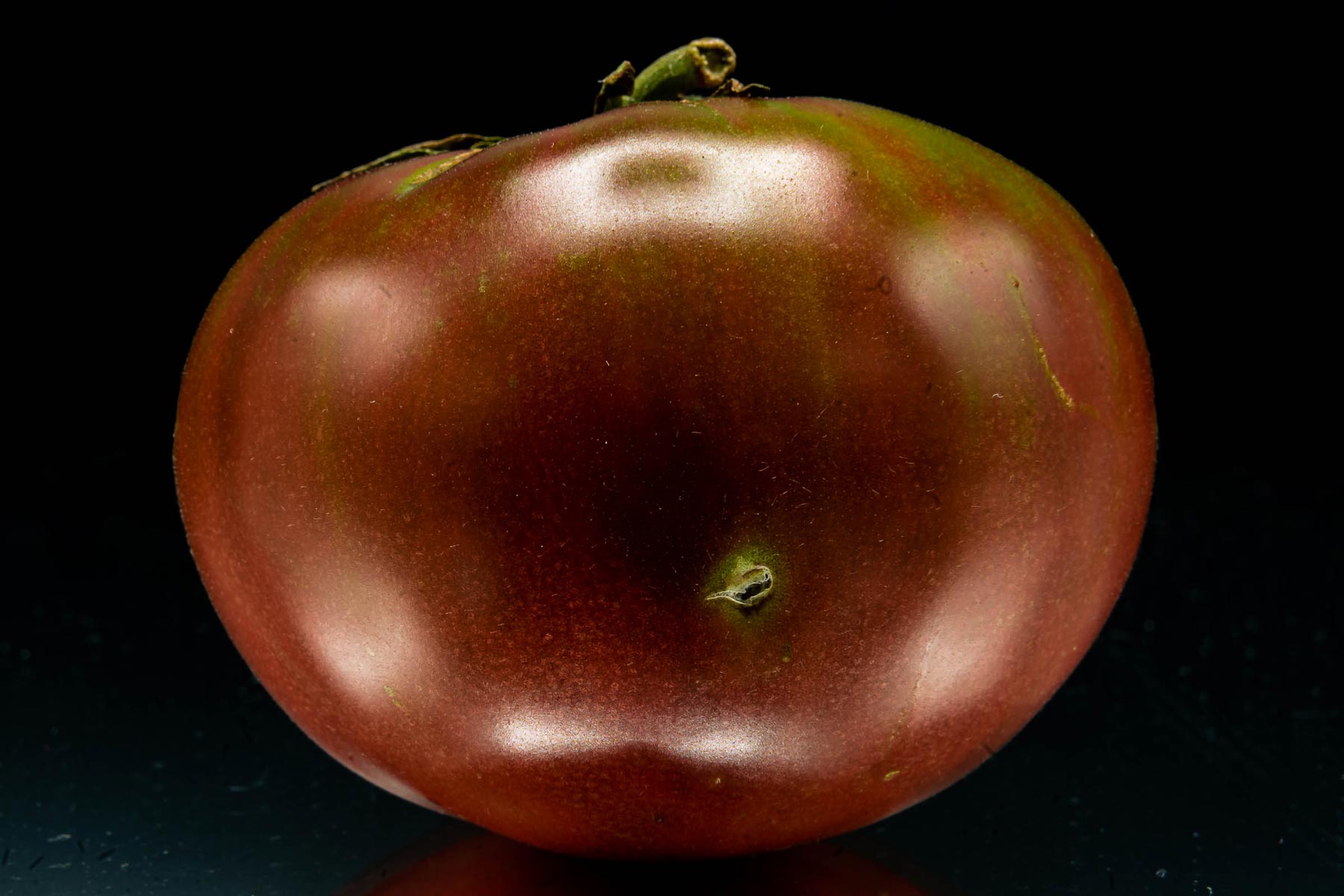 It’s late October and our tomatoes are out in force. 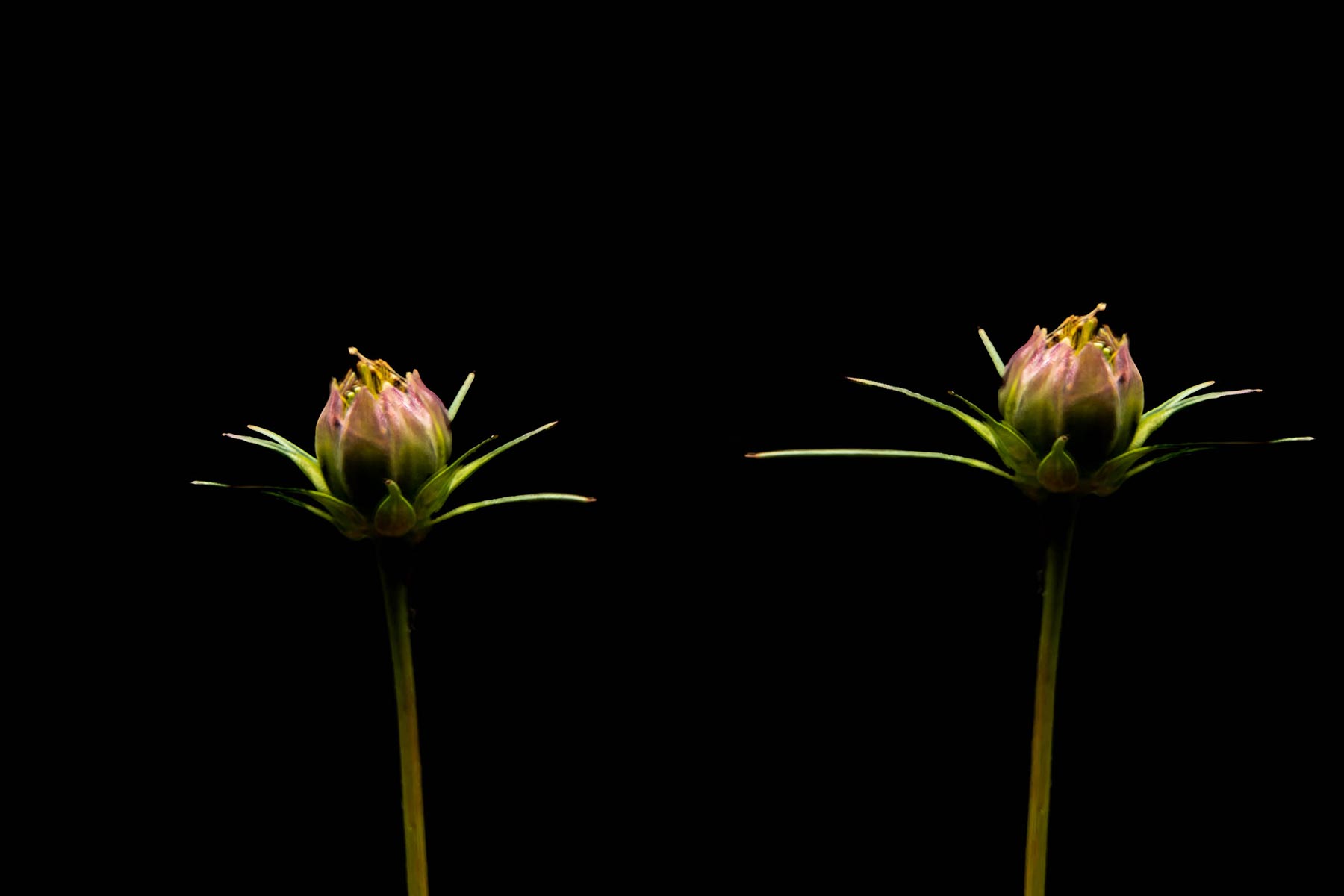 It’s late October and our wildflowers are still going strong. 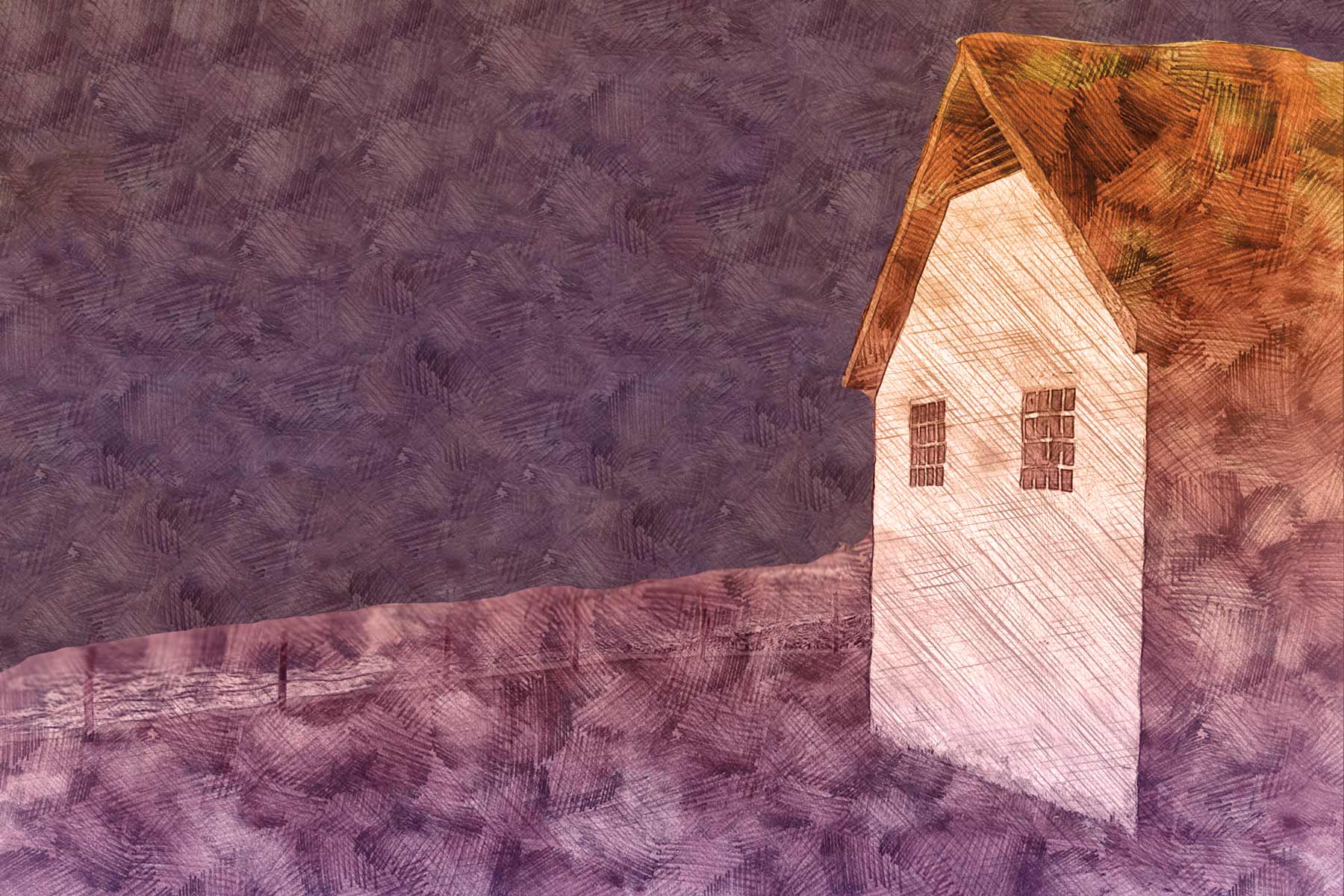 Somehow, we stumbled out of New York City and into Rhode Island. It took a long time, it was a bit accidental, but we finally found home.

Trees are Easy. The Woods are Hard

Giant caveats aside, capturing the spectacular of individual trees is much easier than capturing them in the woods. Let’s take a look. 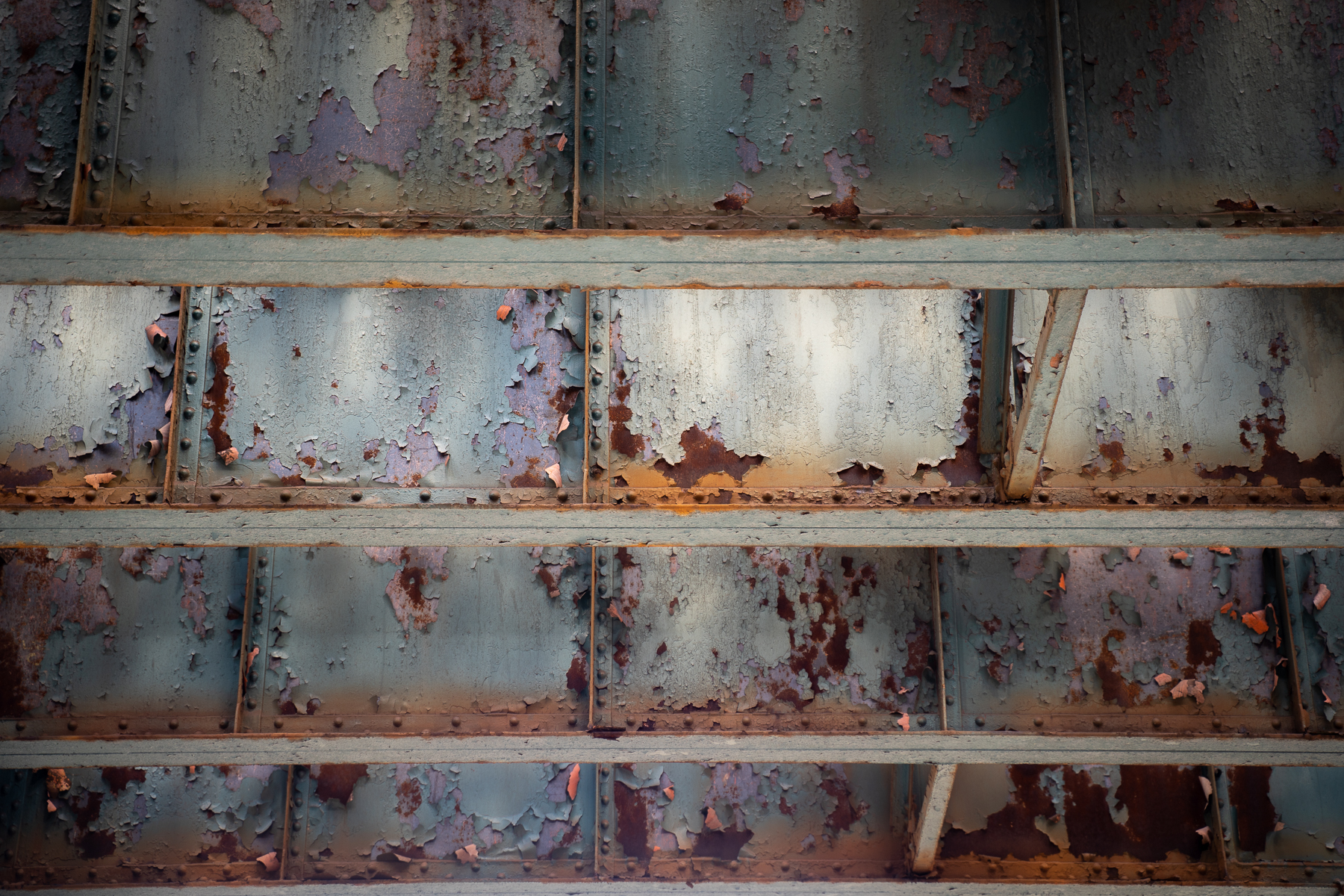