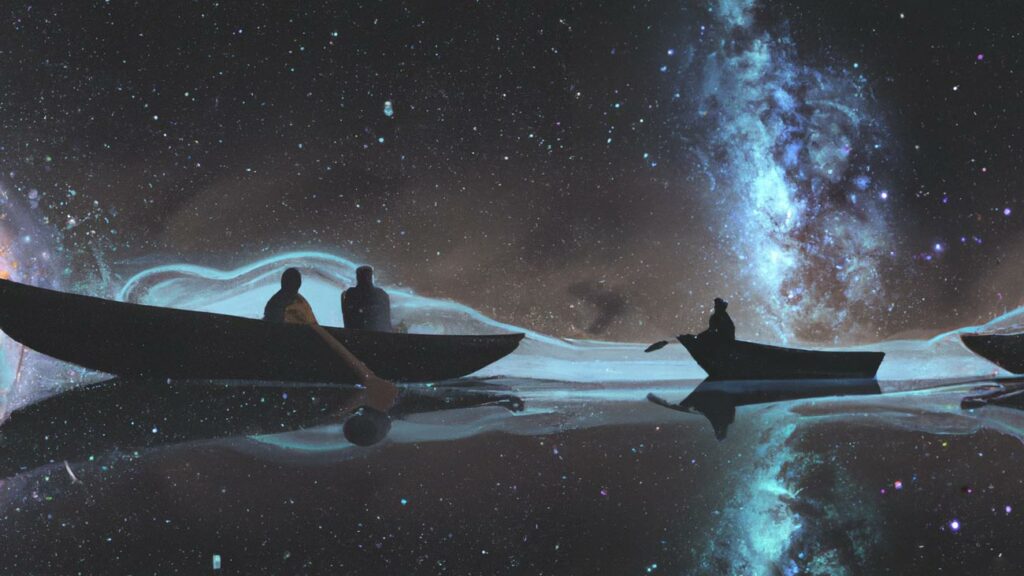 Why haven’t aliens visited us? Because we're boring and live in a crap neighborhood.

The question is asked time and time again: if there’s intelligent life somewhere out in the cosmos, why hasn’t it contacted us yet?

The question itself – or Fermi’s Paradox – speaks to human hubris. Why, after all, would or should a life so intelligent that it could reach out to us actually do so. Presumably, it or they or whatever form it takes, would have better things to do.

Here, for instance, is the writer Paul D. Wilke’s take:

[M]aybe [an] advanced intelligence would see us the way we see ants. In other words, it may observe us and then conclude that we are too primitive or unintelligible to engage with. Maybe they’ll study us from a distance or ignore us altogether, just like we do with ants.

Or, how about Avi Loeb, former chair of the astronomy department at Harvard University. He thinks it “pretentious” to assume “we humans have some sort of cosmic significance”. Instead, “The reality may be that we are ordinary and doomed to perish, just like the dinosaurs, consequent to some catastrophe.”

A proposed paper by Amri Wandel, an astrophysicist at The Hebrew University of Jerusalem, explores the idea. In it, he suggests that humans are fairly pedestrian. Similarly, we’re just not technologically advanced enough to be considered for a visit by an intelligence capable of actually reaching out to us, let alone stopping by to say hello.

Essentially, we’re the primitive life form – the bugs, slugs and even squirrels and birds – that humans pass every day when we walk our streets, woods and parks. I’m ok with that.

And while we humans may not be that interesting to extraterrestrial intelligence, some suggest our solar system doesn’t even make the cut when it comes to space travel either. Basically, we don’t live in a place intergalactic explorers would recommend to each other. A few papers explore this idea:

[S]ince all stars in the galaxy are not the same, it makes sense if alien civilizations are a bit picky about where they would like to put up their colonies. Another study in 2021, [suggests] that long-lived civilizations would rather pick the low-mass K and M-dwarf star systems to maximize their longevity in the galaxy.

Both K and M-dwarf stars are long-lived stars when compared to a yellow dwarf like our Sun. While this might not make a huge difference to humans, authors suggest that alien civilizations capable of colonizing solar systems would definitely take this into consideration while making their decisions.

Irrespective of the advanced stage of civilization, an attempt at colonizing a solar system would still involve the dedication of lots of resources, and civilization would not bet its resources on a star that would die out sooner, even if it meant by a few million years.

It all reminds me of the beginning of Hitchhikers Guide to the Galaxy:

Far out in the uncharted backwaters of the unfashionable end of the Western spiral arm of the galaxy lies a small unregarded yellow sun. Orbiting this, at a distance of roughly ninety million miles is an utterly insignificant little blue-green planet, whose ape descended life forms are so amazingly primitive that they still think digital watches are a pretty neat idea.

Meantime, policy experts and scientists are working on a new alien contact protocol. Because, seriously, even if no one’s coming to visit, it’s good to have a backup plan.

But, again, I’m fine with being a mundane species in a boring part of the universe. While I think there’s life out there, from bacteria to complex beings, it speaks to our navel gazing to think that the intelligent ones have any sort of drive to explore the cosmos. Maybe the ego that wills us toward exploration is simply a human kink unshared by others. Either that or a pervading dissatisfaction with our place in the universe.

Visitation by an advanced intelligence also has subtext that lets humans abdicate responsibility for ourselves and the planet. Often, when we think of alien visitation, it goes one of two ways: either they eat us or they bestow the celestial wisdom that finally makes us better. Why fix things now when those are our two fates?

But an advanced intelligence could very well take the shape of a moose and be quite content grazing under the soft glow of twenty-seven moons while telepathically speaking to its friends about the great issues of the day. They’re content and indifferent to exploring the cosmos for the likes of us.

We might learn something from this possibility. Too think smaller. To re-think our place in the world and beyond. To re-think what it means that we constantly try to control and dominate our environments. Now that we’ve achieved what we’ve achieved as a species, what does it mean to move into the future. Because to get where we are now, we blistered a planet. Is that going to be our legacy for space?