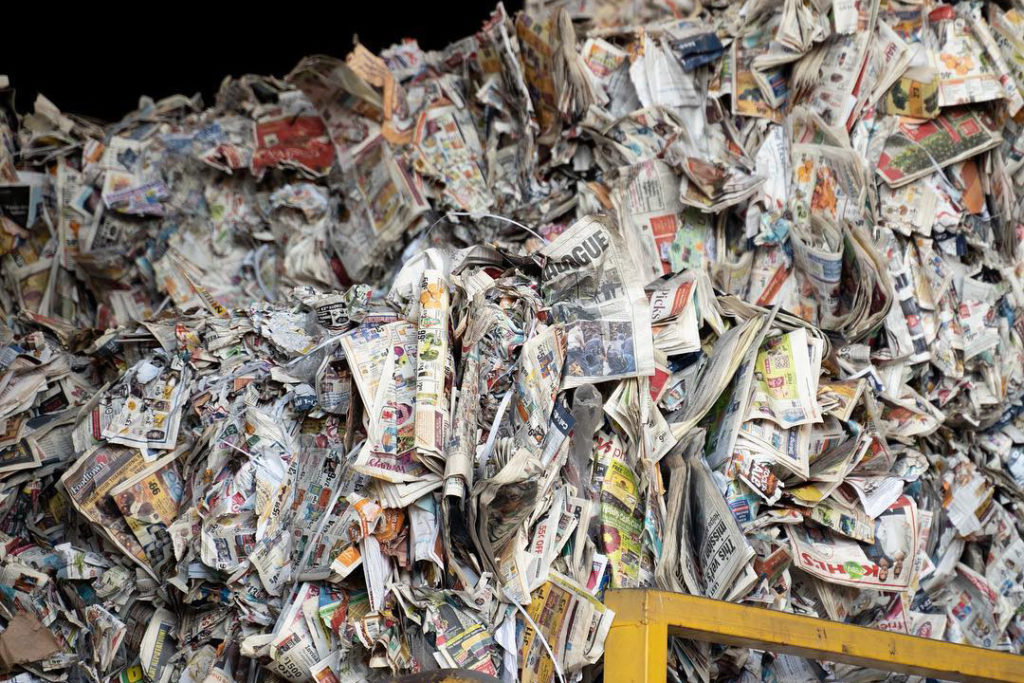 We’re Drowning in our Waste

America's trash problem is growing and getting worse. China used to be our dumping ground. Now our waste has no place to go.

“Recycling has been dysfunctional for a long time,” a trash expert tells The New York Times, “But not many people really noticed when China was our dumping ground.”

Municipalities across the United States are noticing though. As Vox explains, almost half the world’s used plastic used to end up in China as part of a $200 billion global recycling industry. A little over a year ago, though, China stopped accepting much of the recycled waste it once processed in an effort to combat its notorious pollution.

Towns and cities now face mountains of trash they once recycled somewhat economically.

As a result of this ban, the global recycling system has been crumbling, and plenty of cities in the US are now struggling to figure out what to do with their recycled goods…

The University of Georgia has estimated that China’s ban on imported recyclables will leave 111 million metric tons of trash from around the world with nowhere to go by 2030. But we don’t even need to look ahead to the next decade for consequences because they’re already happening. Tons of recycled paper and plastics are piling up across the country, and this problem has only just begun.

The Times provides some anecdotes about how China’s withdrawal from recycling the US waste is upending our trash economy:

Philadelphia is now burning about half of its 1.5 million residents’ recycling material in an incinerator that converts waste to energy. In Memphis, the international airport still has recycling bins around the terminals, but every collected can, bottle and newspaper is sent to a landfill. And last month, officials in the central Florida city of Deltona faced the reality that, despite their best efforts to recycle, their curbside program was not working and suspended it.

China isn’t the only country that’s backed out of recycling other countries’ waste. Countries such as India and Thailand still import scrap but have new restrictions on what they’ll take. Basically, with fewer global buyers for recyclables, US recycling companies are charging cities more to take it. As cash strapped municipalities balk at the price increases, more trash gets sent to incinerators which, in turn, leads to health issues as dioxins spew into the air.

Take, for instance, Wired’s recent reporting on the Covanta incinerator in Chester City, Pennsylvania. The incinerator takes in waste from nearby states and “torches around 3,510 tons of trash, the weight equivalent of more than 17 blue whales, every day.” Into the air go known carcinogens that health experts worry affect the surrounding community.

Nearly four in 10 children in [Chester] have asthma, while the rate of ovarian cancer is 64 percent higher than the rest of Pennsylvania and lung cancer rates are 24 percent higher, according to state health statistics.

The problem isn’t one just affecting the United States (and to see how it affects individual states, see Wastedive, an industry site, and its state-by-state tracker of what’s happening where). With fewer developing nations willing to take on the world’s trash, countries like Australia have decided to just bury it.

These are band-aid solutions though, and as the Covanta incinerator shows, hazardous ones at that. The world’s trash is piling up with few ways to properly, healthfully, dispose of it.

Over a dozen countries now ban the sale of single-use plastic shopping bags and various companies like Unilever and PepsiCo are using reusable packaging (yet still produce so much plastic bottled beverage).

Still, such measures are just the tip of the trash heap. How we tackle the word’s waste will take a lot more digging.