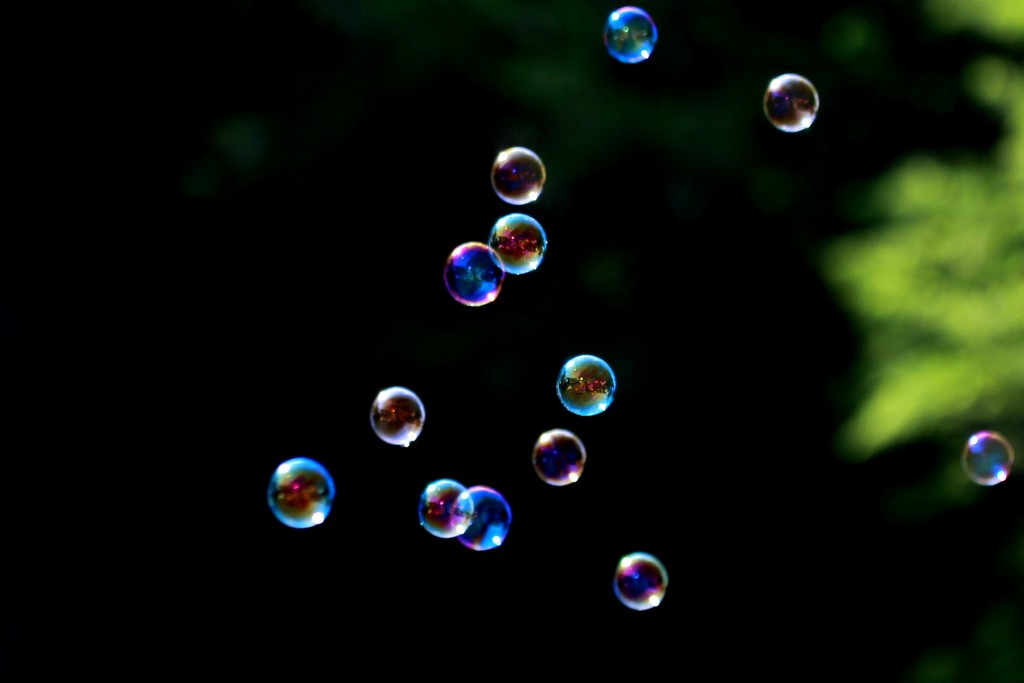 Welcome to the Filter Bubble

Republicans hear what they want to hear. Think everyone supports them.

The government shutdown came and went this week as some Republicans finally convinced other Republicans that threatening a global economic cataclysm isn’t the best thing to pursue.

Good on them, we suppose, but what we saw during this latest generated crisis was the filter bubble in full effect.

While the concept specifically refers to how algorithms increasingly inform what information we receive and are exposed to, it can be broadened to include the active choices we make with our media diets, who we choose to friend or follow on our social networks and how willing we are to accept intellectual dissonance when reading, watching or listening to views that run contrary to our own.

The danger of the bubble, of course, is that once inside we only hear information we want to hear. Sympathetic to the shutdown and unworried about the consequences of defaulting on the debt? Fox and friends reframed it for you. This wasn’t a shutdown, it was more of a pleasant “slimdown.”

Observations about the echo chamber the shutdown’s leaders were operating within came from both left and right. Let’s start left with Salon’s Alex Pareene:

What’s funny about all of this, though, is how much it just reinforces the insane bubble that all of these people — conservative members of Congress, conservative media people and professional conservative activists — live their entire lives in. They are all talking to each other, and only to each other. The fact that the conservative position is deeply unpopular, the fact that conservative strategy is incoherent and self-defeating, none of that is reaching them. John Boehner and Ross Douthat know what’s going on. Rep. Tim Huelskamp only knows what he reads at RedState and what he hears from people who only read RedState.

Over on the right was National Review’s Robert Costa:

[S]o many of these [conservative] members now live in the conservative world of talk radio and tea party conventions and Fox News invitations. And so the conservative strategy of the moment, no matter how unrealistic it might be, catches fire. The members begin to believe they can achieve things in divided government that most objective observers would believe is impossible. Leaders are dealing with these expectations that wouldn’t exist in a normal environment.

“The data suggests to us that outrage-based programming offers fans a satisfying political experience,” write Tufts University Researchers. “These venues offer flattering, reassuring environments that make audience members feel good. Fans experience them as safe havens from the tense exchanges that they associate with cross-cutting political talk they may encounter with neighbors, colleagues, and community members.”

Put another way: Our day to day is hard. When we come home we want to kick back, relax and hear people stroke, if not necessarily our ontological egos, our day to day political ones. Twenty-first century life is a hassle. When a day comes and goes we want somewhere, someplace, that simply lets us rest peacefully in our beliefs.

Take it away, Pacific Standard:

In other words, being a part of, say, the community of Rush Limbaugh listeners—an identification talk-show hosts regularly attempt to instill in their fans—is a comforting social experience. It’s a way of feeling like part of a community that shares your values…

…Discussing politics with your colleagues or neighbors comes with the fear of saying something unacceptable, and subsequently being excluded from the next barbecue or water-cooler conversation. In contrast, “the comfort zones provided by the shows we studied present no such risk,” [the researchers] write. “In fact, they offer imagined and, in some cases, tangible social connections.”

The New York Times’ David Carr started to think about this last week. Much has been written about how our gerrymandered congressional districts has lead to extremism. Carr writes that our collective media habits are gerrymandered too:

…As I flipped through cable channels over the last week, the government shutdown was viewed through remarkably different prisms. What was a “needless and destructive shutdown” on MSNBC became a low-impact and therapeutic “slim-down” over at Fox News.

But cable blowhardism would not be such a good business if there hadn’t been a kind of personal redistricting of news coverage by the citizenry. Data from Pew Research Center for the People and the Press on trends in news consumption released last year suggests people are assembling along separate media streams where they find mostly what they want to hear, and little else.

But more media, and more diverse media, won’t solve any of this, argues Reuters’ Jack Shafer. Instead, he writes, Americans are purposefully, willfully and perpetually, perhaps, political imbeciles. That’s the way we roll.

Despite greater access to information than ever before. Despite all the news apps at our fingertips, Shafer cites a 2012 Pew study showing that “total minutes of daily news consumption between 1994 and 2012 is down for all age groups.”

Channeling Ilya Somin and his book Democracy and Political Ignorance, Shafer goes economic and concludes that collective ignorance isn’t due to a lack of information supply. Rather, it’s demand. Politics is too confusing. Our sense of belonging to and being able to affect the system is too obtuse. We’d rather watch football.

And so here we are. A debt crisis averted by punting it down the road. The current budget deal between Democrats and Republicans lasts until mid-January. Then we’ll be back with partisans hunkered in their bubbles while the rest of us try to grab some sanity in the next shiny thing.

Too negative a take? Facebook researchers report that our networks aren’t echo chambers at all but instead expose us to more varied opinions than what I write might lead you to think. I’m not buying it.

A version of this article original appeared on The Future Journalism Project.