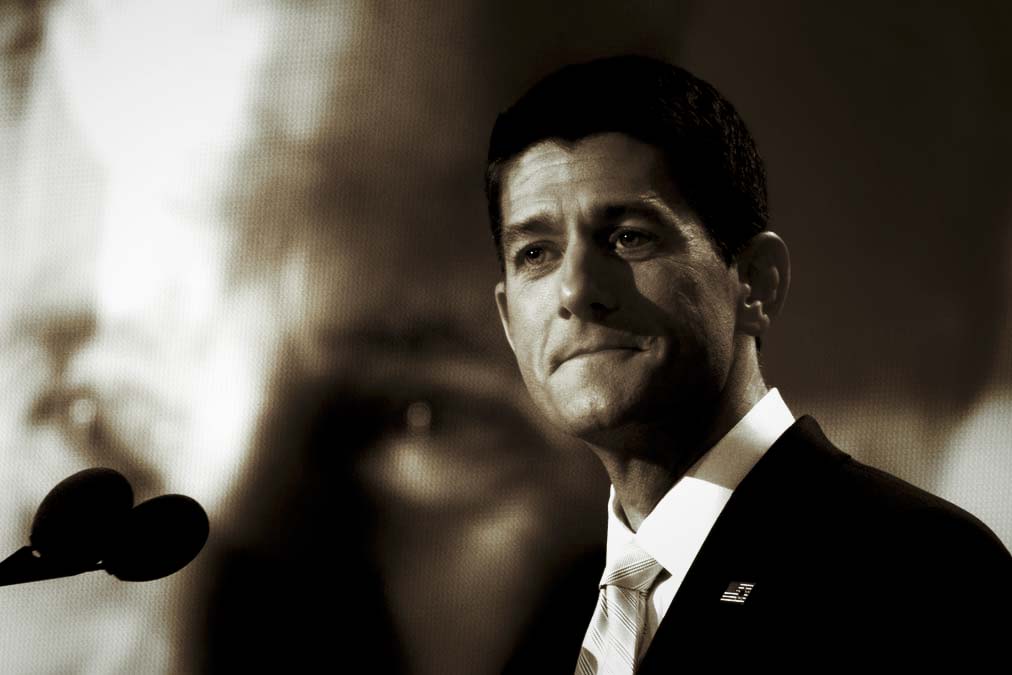 How news organizations are covering fact and fiction in the 2012 presidential campaign.

While much is being said today about the veracity of Paul Ryan’s convention speech, if you turned off your set after listening to the talking heads last night you’d come away with the belief that this, by far, was: The. Best. Speech. Ever.

I had the unfortunate displeasure of listening to Politico’s deeply cynical panel that appeared late night on CSPAN. It was a good half hour of brushing aside the factually challenged and pimping the excellent and energetic delivery, the quotable one liners, the zing. Never mind that the main thrust of Ryan’s arguments are untrue.

While Politico’s on camera team waxed effusive about Ryan’s stirring rhetoric, Wolf Blitzer had one of his Wolf Blitzer moments. Josh Marshall at Talking Points Memo calls it Great Moments in CNN Euphemisms:

Blitzer: So there he is, the Republican vice presidential nominee and his beautiful family there. His mom is up there. This is exactly what this crowd of Republicans here certainly Republicans all across the country were hoping for. He delivered a powerful speech. Erin, a powerful speech. Although I marked at least seven or eight points I’m sure the fact checkers will have some opportunities to dispute if they want to go forward, I’m sure they will. As far as Mitt Romney’s campaign is concerned, Paul Ryan on this night delivered.

Yes, I’m sure there’s a profession out there, somewhere, that might “want to go forward” with some of those points. Considering his perch atop CNN’s news team it’s too bad Blitzer hasn’t figured that out yet.

And in an up is down, left is right world, it’s Fox News (!) among the cable networks that starts to set the record straight:

On the other hand, to anyone paying the slightest bit of attention to facts, Ryan’s speech was an apparent attempt to set the world record for the greatest number of blatant lies and misrepresentations slipped into a single political speech. On this measure, while it was Romney who ran the Olympics, Ryan earned the gold.

Fortunately, a journalistic slumber begins to lift. Over at The Atlantic, James Fallows collects a number of non-network sources debunking what he calls the “Post-Truth Convention Speech“:

To restate the larger points for the moment: The bad one is that a major party’s nominee for national office apparently just doesn’t care that he is standing in front of millions and telling easily catchable lies. The less-bad one is that parts of the media are noticing, and are trying to figure out what they can do in response.

I didn’t expect this, but the epic dishonesty of Romney’s campaign is finally prompting something of a debate among media types about whether what we’re seeing here is unprecedented — and how to appropriately respond to it…

…There seems to be a bit of a strain of media defeatism settling in about this. James Bennet, the editor of the Atlantic, wrote yesterday that he is glad to see news outlets calling Romney’s falsehoods out for what they are. But he wondered whether we are about to discover that the press is essentially impotent in the face of this level of deliberate dishonesty: “what if it turns out that when the press calls a lie a lie, nobody cares?“

I’m sympathetic to the question. Indeed, it goes to the heart of the Romney campaign’s gamble here, which is that the press simply won’t be able to keep voters informed in the face of the sheer scope and volume of mendacity it unleashes daily.

“Verifying information has always been central to the work of journalists,” its authors write. “These days the task has taken on a new level of complexity due to the volume of videos, photos, and tweets that journalists face. It’s not only the volume that presents challenges but the sophisticated tools that make it easier than ever to manipulate information.”

We recommend reviewing it. The report looks at how news organizations are addressing truth and verification. Would be nice if some of the big players covering our conventions would take notes on it too.