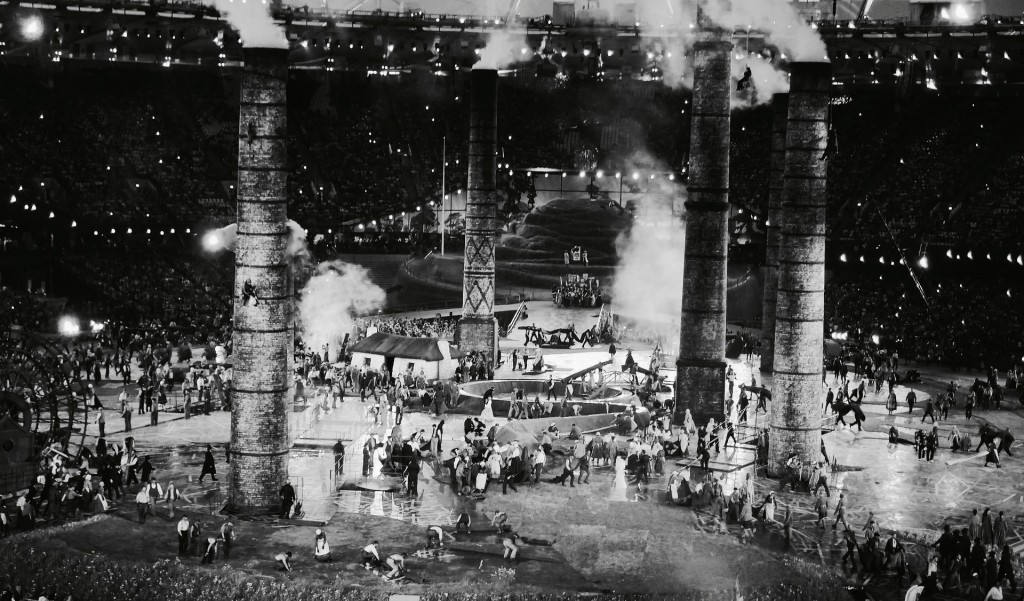 The good. The bad. The brutal. Welcome to the 2012 Summer Olympics.

Before we leave the Olympics behind here’s a selective roundup of some of the best (and worst) coverage we saw during the last two weeks.

We call it the FJP Media Games, English Language Edition.

Best Olympic Coverage
Gold: The BBC
Why: From FJP contributor John Johnston: “The BBC’s coverage has been amazing throughout. They’ve had a stream of every sport on their website uninterrupted, their live player has had chapters installed to let you go back to any point of the action on their TV stations. They’ve had great pundits, great insight and have just covered it impeccably.“

Best Use of Lego Animations to Get Around IOC Licensing Issues
Gold: The Guardian
Why: The International Olympic Committee is rather aggressive when it comes to protecting its brand. Only those who’ve paid steep licensing fees can broadcast moving images and other brand marks associated with the games. (For example, an English butcher near a yachting event was told he couldn’t display his sausages as Olympic rings).

The Guardian obviously didn’t have video to use in its reporting so it did the next – and possibly best – thing: It recreated weightlifting, gymnastics, basketball, track and swimming events out of stop motion legos.

Best Introduction to a Sport We Previously Dismissed
Gold: Brian Phillips, Grantland. Sparkle Motion
Why: Writing on deadline, Phillips needed to come up with something about the Olympics. His plan was to write something snarky about “one of the sillier-sounding Olympic sports ‘race walking, maybe, or trampoline’” but then he discovered a love for Rhythmic Gymnastics:

The problem my little plan almost immediately ran into is that when, as part of my research, I started watching [Rhythmic Gymnastics] videos, I found that I actually liked it. I mean, I think you’re not supposed to say that if you’re an American sports fan with pretensions to red-bloodedness, but fuck it: These women are amazing. If you care about sports on any level beyond box scores and regional rivalries, if you love watching a wide receiver make an acrobatic catch or a striker score an off-balance goal, if you ever feel astonished by, just, like, the incredible things people do with their bodies — then I defy you to watch a few minutes of RG and not think it’s pretty cool.

Best Retro Technology Used to Report The Olympics
Gold: The Animated GIF
Why, part 01: As Buzzfeed’s deputy sports editor Kevin Lincoln told Nieman Lab’s Andrew Phelps, “What GIFs do is sort of bridge the gap between an image and a video, which becomes incredibly useful in sports — you don’t have to wade through and listen to an entire highlight video, but at the same time, you get the motion and action that makes sports sports.”

Why, part 02: Check this use of animated GIFs to illustrate how and why a Korean fencer refused to leave the floor after a timing dispute lead to her defeat in a match for Olympic gold.

Best Owning of an Olympic Meme
Gold: McKayla Maroney
Why: To be sixteen. To be an odds on favorite to win Olympic gold. To fall short, get caught in a photo with an odd expression your face and have that turn into a viral meme. That is the case of McKayla Maroney. Lesser spirits would hide under the table.

McKayla owns it though, posting a picture of herself and some teammates on Twitter/Instagram that they were #notimpressed that the Olympic pool was closed.

Worst Olympic Coverage
Gold: NBC
Why: Criticizing NBC became a sport in itself. But know what? Like other gold medalists, the network earned it. It wasn’t just the tape delays. Here’s a critique from Jim Sylvester in a comment to one of our posts.

NBC is offering some form of reality show that is loosely based on the Olympics, but it is not “sports coverage.” …For one, it lacks coherence.  It’s some sort of wretched compromise between continuous coverage and a Sports Center highlights review.  What NBC is peddling  is chopped up drips and drabs of pieces of events that interrupt the unceasing flow of advertisements – which is the real content being provided.

Supposedly there is an out (but only with a cable subscription – which seems to serve the purposes of NBC’s owner Comcast) to access all events live and online, but as anyone who has suffered with that service knows, it is unreliable, crashes, repeatedly buffers, and is heavily laden with ads imposed at short intervals that can and do interrupt events at critical moments.

Worst Reaction to An Olympic Gold Medalist
Gold: Some Haters on the Internet to Gabby Douglas’ Hair
Why: We consider this self evident.

Most Dickish Profile of an Olympic Athlete
Gold: Jere Longman, New York Times. For Lolo Jones, Everything Is Image
Why: From Slate’s Alyssa Rosenberg:

[A]s Olympic gymnastics and swimming competitions wound down and London and the world geared up for track and field, the New York Times published one of the nastiest profiles I’ve ever seen of an athlete, or really anyone, an indictment of the media presence of hurdler Lolo Jones. “Jones has decided she will be whatever anyone wants her to be—vixen, virgin, victim—to draw attention to herself and the many products she endorses,” wrote Jere Longman, in a piece that flayed Jones, while passing less judgment on the media outlets that have asked her to pose while scantily dressed or the companies that have purchased her endorsement.

In an Olympics that’s been marked by stories about the financial woes of athletes, and the financial disparities between the families of competitors, there’s something deeply strange about condemning a competitor for doing what it takes to fund a rigorous training program and to stay financially afloat.

See also, Isaac Rauch, Deadspin. What Did Lolo Jones Ever Do To The New York Times?

NBC followed through and Adams’ account was suspended until public outcry eventually got him reinstated.

We’re sure you have your own so hit it in the reblogs or comments below. Next stop, the 2014 Winter Olympics in Sochi, Russia and then on to Rio.

A variation of this post originally appeared on The Future Journalism Project.